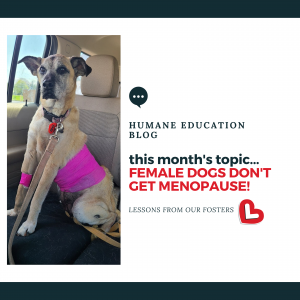 This blog post is dedicated to our sweet princess Jedi:
As most of you know Jedi was with Laber of Love for 1 year. At 14 she came into the rescue with several mammary tumors, one in particular where surgery was inevitable due to size. Once she was settled into her new forever home LOL was able to get her vetted and have the tumor removed. This procedure can be quite risky and invasive for a 14-year-old dog but Jedi was true to her name and bounced back with vigor. It was encouraging to see a senior dog recover so well and we were excited to allow her to finish her life out strong.
For the next 8 months, Jedi was able to live a healthy life with minimal to no health issues. Then she went into heat. After having her for 9 months she had her first menstrual cycle. Soon after, she acquired a UTI (urinary tract infection) a common side effect for females that have not been spayed. The UTI was treated but unfortunately, Jedi did not seem to be able to recover from this issue as well. She continued to have urinary issues until the end of her life which made her last few weeks even more uncomfortable while trying to love her with the dignity and care she deserved. We were in constant fear of pyometra which is a deadly infection in the uterus that goes into the bloodstream very quickly. In the end, we believe it was cancer that Jedi’s body was attacked by. The article attached states that the 2 common, deadly risks to having a female not spayed are mammary tumors and pyometra. There are several opinions as to when is the right time to have your dog spayed but please realize that having your dog spayed is necessary.
https://www.aspca.org/pet-care/general-pet-care/spayneuter-your-pet
This was written through tears and love by:
Chastity Crowder, Fospice Mom and Board President